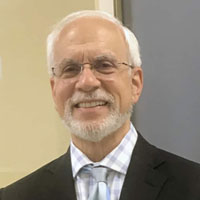 Dr. Mark Sobel received his BA from Brandeis University in 1970, his MD from the Mount Sinai School of Medicine in 1975 and his PhD from the Graduate School of the City University of New York in 1975 with a concentration in Biochemistry. He completed a one-year residency in pediatrics at the Boston Children's Hospital Medical Center in 1976. He began a 25-year career at the National Institutes of Health in 1976.

From 1992 to 2001 Dr. Sobel was Chief of the Molecular Pathology Section of the National Cancer Institute. His main research interests were gene regulation, molecular basis of metastasis, and molecular diagnostics. He was the Course Director and main lecturer of the Concepts in Molecular Biology Course offered by the American Society for Investigative Pathology from 1987 to 1999 and he trained several of the current Molecular Diagnostics Laboratory Directors in the United States. He was awarded the United States Public Health Service Commendation Medal in 1989, the Saul J. Horowitz, Jr. Memorial Award from the Mount Sinai School of Medicine in 1991, and was inducted into Alpha Omega Alpha in 1995.

Since 1996, Dr. Sobel has focused his attention on biomedical ethics, human subjects protections, and the application of molecular diagnostics to improving healthcare. He has been a major spokesperson within the pathology and oncology communities to educate and discuss appropriate means for clinicians and researchers to access human biological materials to improve knowledge about human disease and simultaneously respect human subjects and was a member of the Board of Directors of AAHRPP (Association for the Accreditation of Human Research Protection Programs) from its inception in 2001 until 2008.