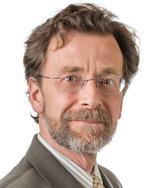 Welcome to the ASIP family!  Explore the website and you will get an idea of what we do; join ASIP and you will learn why so many members are so engaged in the Society.

I am honored to be the President of ASIP; I have been attending the annual meetings since I was a postdoc and became a member as soon as I started my independent career in 1986.  (In those days there were no trainee memberships.) ASIP has been a family, a source of mentoring, and a platform for scientific exchange for all its members for longer than I have been associated with it.  At my first meeting as a Pathology Resident, I was introduced to--and befriended by--giants in the field of experimental pathology.  This was not unique to me.  That was the culture.  Everyone was interested in everyone else’s science.  Everyone was interested in everyone else’s success.  Nobody felt too important to talk to a trainee or a junior faculty member.  The interpersonal interactions extended beyond science.  People I met through ASIP became my friends.  I looked forward to seeing them every year at the annual meeting—particularly people working in different fields, who I would not see at more focused meetings.  That culture continues today, and in my opinion, it is the primary reason to be an ASIP member.

Just as science keeps evolving, ASIP has changed and adapted over its history to keep up with the times*.  And this change has accelerated in recent years.  Our mission has always been to advance the knowledge of the cellular and molecular basis of disease.  Our approach has expanded.  One of the biggest changes has been expanding the role of trainees and junior members in the society.  In fact, efforts to bolster career development as well as diversity and inclusion have grown so much that the single committee handling these issues in the past split relatively recently into two separate committees (Committee for Career Development and Committee for Equal Representation and Opportunity).  We created the Scientific Interest Groups (SIGs) to bring a focus for specific interests to the society.  These provide an opportunity for scientific interactions throughout the year and created the intimate feeling of small scientific meetings when SIG events were planned at large meetings such as Experimental Biology.  The Education Committee has played a big role, especially during COVID, designing and programming online workshops and seminars.  Our Program Committee really stepped up to totally redesign our annual meeting for 2021 as a virtual one, and PISA 2021 was a great virtual success as well.  The Women in Pathology group has provided great mentoring, camaraderie, and scientific programs to the entire ASIP membership.  We have realized that, as scientists, we must be active in the community to defend science and make the case for research funding.  It is no surprise then, that one of the most active new committees has been the Research and Science Policy Committee.

For as long as living ASIP members can remember, our annual meeting has been at a large combined meeting along with other biomedical research societies.  Initially as the FASEB meeting and more recently as Experimental Biology. We are now at a crossroads, facing our first standalone meeting.  However, I am confident that ASIP will not just weather this transition; we will find ways to make our annual meeting even better.  For those who read the previous paragraph, it will come as no surprise that we have been planning for this eventuality.  The PISA meetings were initiated as practice sessions for running a meeting on our own.  We have a great administrative staff who can handle the practical issues and a Program Committee that has been working for the past year to make our future meetings successful.

One of the other big projects for this year is to improve and revitalize the Scientific Interest Groups (SIGs).  We will examine the best practices used by the ones that have been successful.  We will   consider whether some might be better if combined with others; or perhaps split into two independent SIGs.  We will consider whether we should retire some or create new ones.  As always, we will plan this in discussion with the members of those SIGS, since our goal is to keep them a valuable service to our society.

We have long recognized the importance of training the next generation of scientists.  In the past decades we have expanded the role of trainees in our society.  In addition to promoting trainee memberships at all levels, we have programmed more and more career development sessions at our meetings, brought trainee members onto the standing committees, increased the role of trainees in the annual meeting, and dramatically increased the number of trainee travel and meritorious awards.  We have expanded the number of students in our Summer Research Opportunity Programs in Pathology (SROPP) from a handful to twenty (20).  PISA 2021 was subtitled the Young Investigators’ Virtual Meeting and featured almost entirely talks by trainees and junior faculty.  We embrace all aspects of diversity and actively seek to bring more people from traditionally underrepresented backgrounds into the field of “investigative pathology” which we broadly define as any research pertaining directly or indirectly to a disease.  We have set up programs for high school teachers to get their students interested in the biology of disease.

More than anything that ASIP can provide our field, we can be THE society that nourishes, mentors, and supports the next generation of biomedical scientists.  This is already our culture; it is part of our mission; it is something that we have done well for over a century.  I spoke to trainee members of other societies this April at the last EB meeting.  They were all amazed and jealous at the way ASIP embraces its trainees and junior faculty and makes them feel part of the family.

As I looked out over the crowd at the last EB Meeting, where I was handed the ceremonial gavel as the incoming President, I saw an audience that was far different from the one I spoke to at my very first platform session many years ago:  Many more women, many more young people, many more people of color, many more people not trained as traditional pathologists.  Yet, the important traits of the audience were the same as it always was:  We are all passionate about science; we are all dedicated to helping each other advance; we are all willing to work hard for our dreams.  The future of the ASIP is bright!  I look forward to serving you all.

*For those interested in the history of ASIP, read the fascinating, “History of The American Society for Investigative Pathology 1976-2013,” compiled and written by Mark Sobel, former ASIP President and Executive Officer for the occasion of the 100th Anniversary.  PDF copies (and a limited number of hard copies) are available to members from Lisa McFadden (Lmcfadden@asip.org).