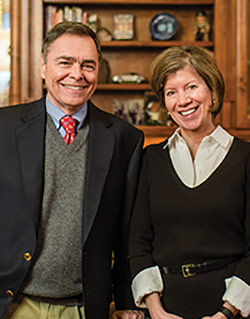 For over four decades, Dr. Fred Sanfilippo has been a national/international leader in the clinical pathology and pathobiology research communities. During his exceptional career, Dr. Sanfilippo held appointments at four academic institutions as a faculty member, often in major departmental or institutional leadership roles, and made seminal contributions to the fields of immunology and transplantation through the robust productivity of his research program.

Dr. Sanfilippo has been a member of the ASIP (formerly the American Association of Pathologists) beginning as a resident-trainee in 1977 and has served the Society in several roles including as ASIP President during 2002-2003. Dr. Sanfilippo credits membership in the ASIP and the many opportunities that the Society provided to him as key factors in his career development. In recognition of the value of ASIP membership and to give back to the Society, Dr. Sanfilippo has generously provided a $100,000 gift to establish a new program to benefit current and future generations of promising young scientists as they develop careers in pathobiology research. Dr. Sanfilippo’s gift is the largest single donation the ASIP has ever received and it will endow the Fred Sanfilippo-ASIP Visiting Lectureship Program in perpetuity. This new program affords the ASIP with enhanced opportunities to promote individual ASIP members, their research groups, and their research accomplishments on the national stage. 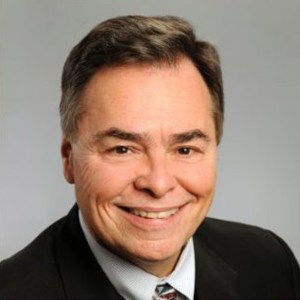 “The ASIP has been an important factor in the development of many pathology scientists and leaders, and it is a privilege to support a new program that will help others in their career development.”
— Fred Sanfilippo, MD, PhD

The Fred Sanfilippo-ASIP Visiting Lectureship Program will provide funding for ASIP members who are in the early stages of their academic careers to travel and visit other departments/institutions to give one or more research presentations as a distinguished visiting lecturer. The primary goal of this program is to provide exposure of promising young faculty to members of the larger pathobiology research community, increasing their national recognition and reputation. Sanfilippo-ASIP Visiting Lecturers will benefit from both the national exposure provided and interactions with faculty at the host institution which may result in new collaborations that will advance research endeavors at both institutions and may generate other beneficial long-term relationships such as distance mentoring within their chosen field of study.

ASIP members at academic institutions who are in the early stages of their career (Assistant Professors and/or Associate Professors who have not yet been granted tenure), are eligible for the Sanfilippo-ASIP Visiting Lectureship Program. Competitive nominees must have an established and productive research record and generally be a few years past their initial academic appointment. Given the typical academic timeframe for promotion and tenure, most research faculty will be eligible for several years. Individual ASIP members can be nominated several times, but only selected once as a Sanfilippo-ASIP Visiting Lecturer.

For more information on this program or to initiate a nomination, please contact wbcoleman@asip.org.