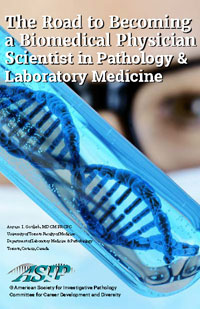 About the Author:
Avrum I. Gotlieb

Request your copy from:
Lisa McFadden
Director of Membership and Educational Services
lmcfadden@asip.org

University of Toronto Faculty of Medicine 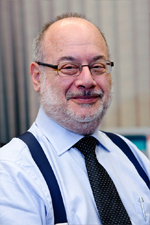 Professor Avrum I. Gotlieb, founding Chair of the Department of Laboratory Medicine and Pathobiology (LMP), Faculty of Medicine, University of Toronto, obtained his BSc in Psychology and Physiology with first class honors (1967) and his MDCM (1971) from McGill University. He continued his training in medicine and anatomic pathology at the teaching hospitals of McGill University. He obtained his Fellowship from the Royal College of Physicians and Surgeons of Canada in Anatomic Pathology (1975) and certification from the American Board of Pathology (1976). He pursued research training in the Department of Biology, University of California San Diego with Professor SJ Singer, supported by a Medical Research Council Fellowship. He was interim Vice Dean, Research and then Interim Vice Dean, Graduate and Life Sciences Education and Senior Academic Advisor to the Dean, Faculty of Medicine, University of Toronto.

Professor Gotlieb held administrative appointments in two educational areas in LMP: Coordinator of Graduate Studies and Course Director, Pathobiology of Disease, Undergraduate Medicine. An educational program initiated by Professor Gotlieb in 2000 was an innovative and unique undergraduate Arts and Science Specialist Program in Pathobiology. Professor Gotlieb has also been championing the role of physician scientists in academic laboratory medicine. He authored the book "Planning a Career in Biomedical and Life Sciences: Making Informed Choices," published by Elsevier Inc. (2015).

Professor Gotlieb's research interests include atherosclerosis and valvular heart disease. He has published on blood vessel repair, especially on the role of the cytoskeleton in endothelial repair, and his research group studied how heart valve cells repair valves after they have been injured. He has published over 100 peer reviewed papers, and 35 reviews and book chapters. He edited three books, including the comprehensive textbook Cardiovascular Pathology, edited with colleagues MD Silver, University of Toronto, and F Schoen, Harvard Medical School. He has received peer reviewed funding from the Heart and Stroke Foundation of Ontario and the Medical Research Council (now Canadian Institutes of Health Research, CIHR).

Professor Gotlieb is a former President of the American Society for Investigative Pathology (ASIP) and past President of the Canadian Society of Atherosclerosis, Thrombosis and Vascular Biology (CSATVB) and the Society for Cardiovascular Pathology (SCVP). He was a member of the Board of the Federation of American Societies of Experimental Biology (FASEB) and served as FASEB Vice-President for Science Policy. He is an elected Fellow of the Canadian Academy of Health Sciences and was honored by SCVP with the Distinguished Achievement Award, by ASIP with the Robbins Distinguished Educator Award, by the Association of Pathology Chairs with the Distinguished Service Award, and by the Canadian Association of Pathology with the President's Award.